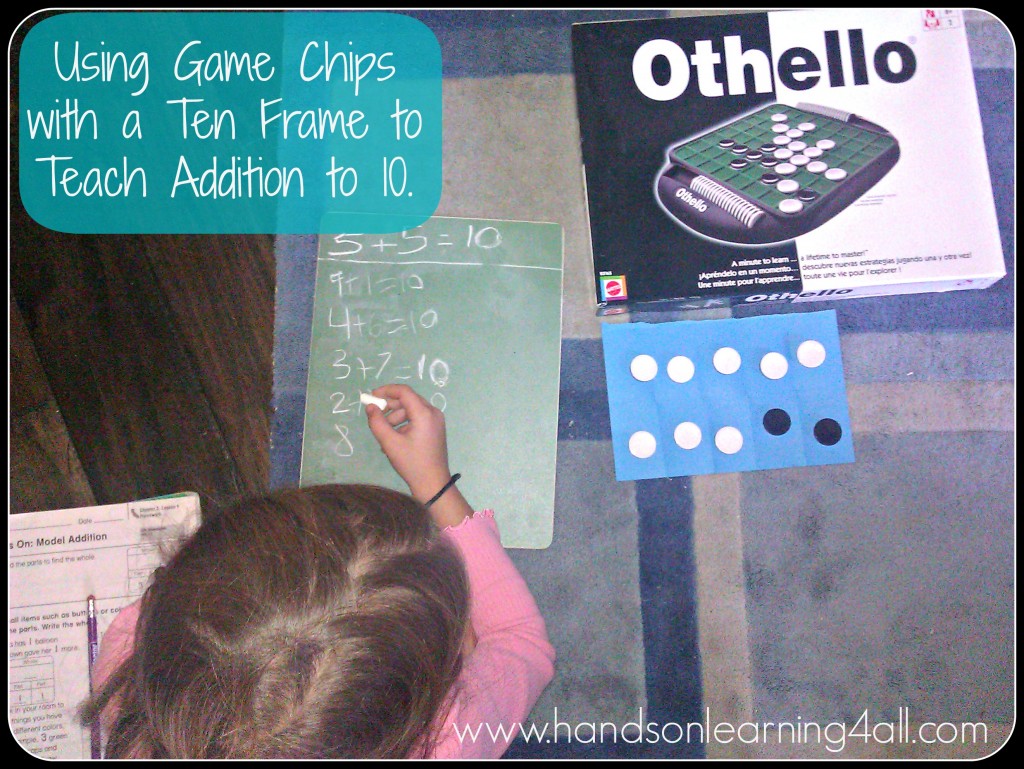 My first grader and I were working on math this morning and the picture on the workbook page we were ‘supposed’ to do had a picture of a ten frame with white and black colored circles on it. The task was to write addition sentences by drawing circles onto the ten frame and then writing the sentence for the picture. 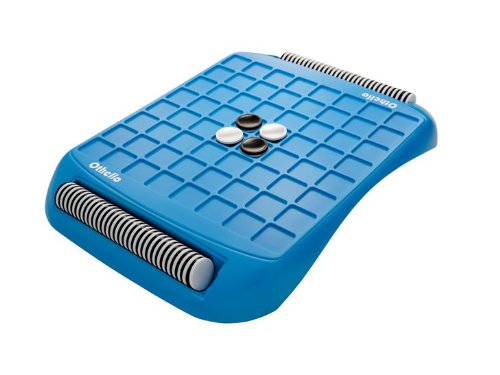 I instantly thought of our Othello game. This game has chips that are black on one side and white on the other. So instead of writing on another piece of paper….we chose to play a game with these chips, a paper ten frame and a student sized chalk board. 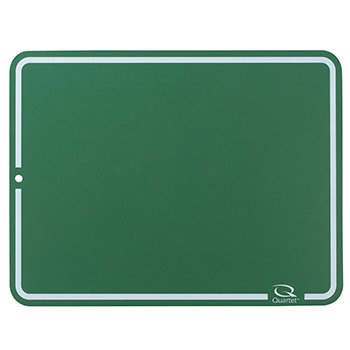 I simply folded a 1/2 sheet of colored paper into a ten frame and then we placed one chip onto each spot on the ten frame. We took turns flipping over chips and then writing the addition sentences that corresponded to the chips. What a fun way to practice the commutative property of math too. We took a look at all of of the addition sentences to see which ones had the same numbers in different positions. 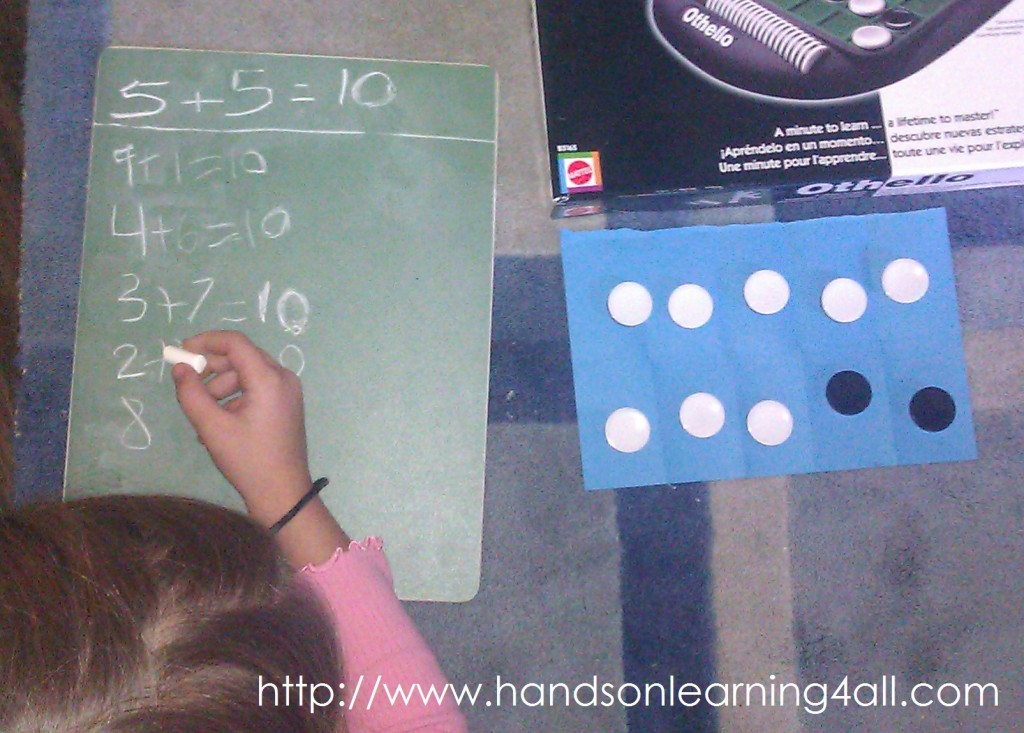 Don’t have an Othello game? Check out this cool Ten Frame Set! 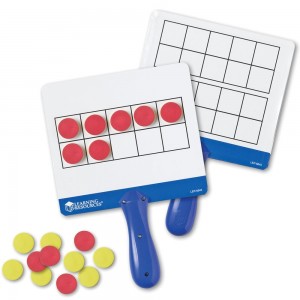 We avoided another worksheet! Hooray!!! I hope you enjoy playing this game with your kiddos too!